I was quite surprised to discover today that being overweight can not only affect the maternity and antenatal care you receive, but if you’re seeking a termination of pregnancy, it can cause you problems there too.

The British Pregnancy Advice Service (the UK’s leading abortion care service) have today released a briefing paper to highlight the number of women who are being forced to continue with pregnancies against their will, and sometimes against medical advice, because of delays and lack of capacity in the system.

On 46 occasions in 2016 and 2017 – or generally twice a month – BPAS was unable to secure suitable NHS hospital treatment for women by the strict legal cut-off point of 24 weeks.

In other cases, there was significant delay between the woman presenting for treatment and being able to access that treatment: one mother with cancer, whose treatment could not start until the abortion was performed, waited 45 days for an appointment. In another case, a mother with epilepsy and learning difficulties who presented at the end of first trimester was treated nearly 7 weeks later.

But where does high BMI come into this?

Three of the cases for whom BPAS could not find an appointment in time are described thus in the paper:

BMI over 40. Existing children.
Pregnancy is the result of a sexual assault.
Presented at 22 weeks.
No appointment available.

19 years old with three young children. BMI>40. Her ex-partner has recently been released on bail following a prison sentence for domestic violence.
Presented at 19 weeks. No suitable appointment available.

BMI over 40. 18 weeks pregnant. Daughter was recently violently assaulted and raped; she feels unable to cope with both a new baby and supporting her daughter through this experience. Cannot stay overnight and leave her other
children. No suitable appointment available.

While most abortions in the UK are performed outside the NHS by the not-for-profit sector, in stand-alone community clinics run by organisations like BPAS, women with co-morbidities must be managed within a hospital setting where there is swift access to backup care and specific clinical expertise in the event of an emergency.

BMI is included in these co-morbidities, with the cut-off being a BMI of 40, and in fact, according to BPAS’s statistics, it’s the fourth most common reason for referral for treatment. 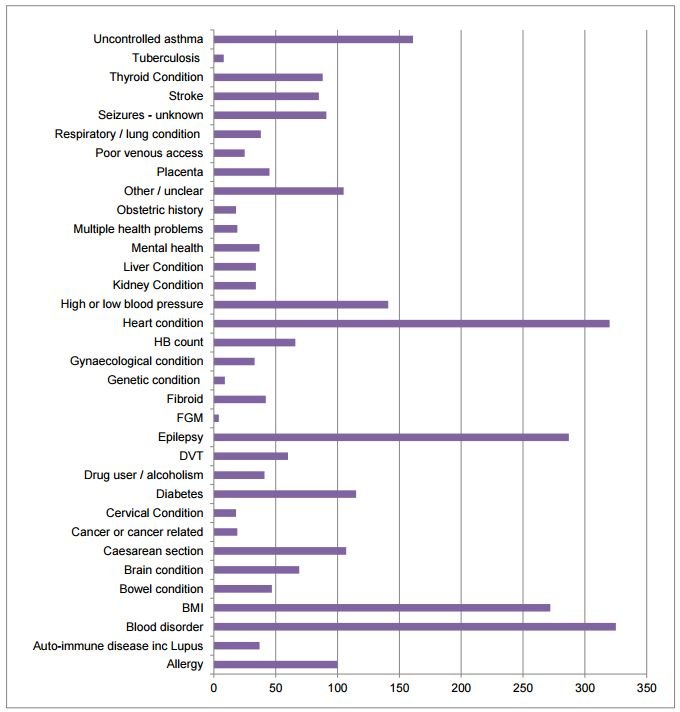 The briefing goes on to show that many of the clinics they would refer these women into will only treat women up to a certain point in their gestation, so the later you present for treatment, the fewer options you would have in terms of a location to access the service you need. There are just 35 sites across the country offering this service to women, but if you don’t discover you’re pregnant until several weeks along, this can drastically reduce your options. 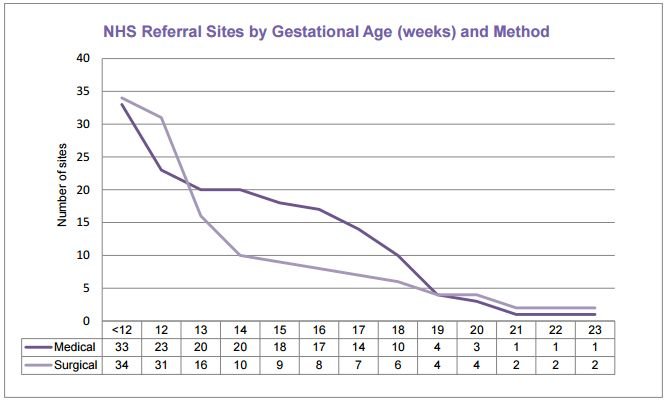 I can’t imagine coming to the very difficult decision of terminating a pregnancy and then finding you are compelled to continue with it anyway because of a lack of access to appointments.

So, where does this leave us?

One in three women will have an abortion in her lifetime, and according to government statistics, 3.6% of women have a BMI greater than 40.

So, on a rough guesstimate of the figures, it stands to reason that around 1% of the population may find themselves in exactly this situation.

If you’re considering a termination, and you have a high BMI, it looks like the sooner you approach a provider for treatment, the more likely you are to be able to access it, and access it in a location convenient to you. Perhaps in this instance it’s better to approach the provider even while you’re in the process of making up your mind, in order to buy you time to arrange a suitable appointment.

abortion clinics needn’t be restricting access to women with high BMI at all? Is this yet another thing we should be fighting to be treated the same as any other women?

Leave a reply here to get involved! Cancel reply